Tesla’s stock climbed 2.8% on September 3, after recording an 18.3% drop in four days. Some analysts attributed the drop to the controversy surrounding a potential S&P 500 listing.

Tesla’s potential inclusion in the S&P 500 could become a huge catalyst for the stock in the medium term.

In the short term, the S&P 500 listing was always expected to have challenges. Analysts predicted these roadblocks since late October.

Not being included in the S&P 500 doesn’t hinder Tesla’s bull case; analysts believe it’s only a matter of time before Tesla gets listed. Even if the inclusion does not occur for several months, the stock would likely rally when it happens.

When the S&P 500 Index eventually included Berkshire Hathaway, the stock surged by 25% in three months.

Dan Ives, a Wedbush analyst, said, “Tesla not getting into the S&P 500 club” was a “head-scratcher.”

The analyst predicted that the stock would likely decline on the negative news.

Although Ives described it as “a bit of a shocker,” he also noted that many investors prematurely presumed the listing.

Since late August, several high-profile analysts have said there are clear hurdles to getting Tesla into the S&P 500.

The carmaker posted four consecutive profitable quarters and has the requirements to get listed in the index. The only problem is that the company’s market capitalization is substantially bigger than the newly listed firms.

The index added Etsy, Catalent, and Teradyne in its latest shuffle. The three companies have market caps of $13.37 billion, $13.78 billion, and $13.05 billion, respectively.

Tesla’s valuation, meanwhile, exceeds $389 billion. It is more than 28-fold larger than all three stocks in terms of market cap.

Dan Levy, an analyst at Credit Suisse, raised a similar point on September 3. In a note, he said that there are “challenges in adding a company of Tesla’s size.” He described it as a “big challenge.”

Levy explained that, while he expects the inclusion to happen in the near term, there “is no guarantee.”

Tesla’s share price began to slump when a major shareholder cut its position. Watch the video below: 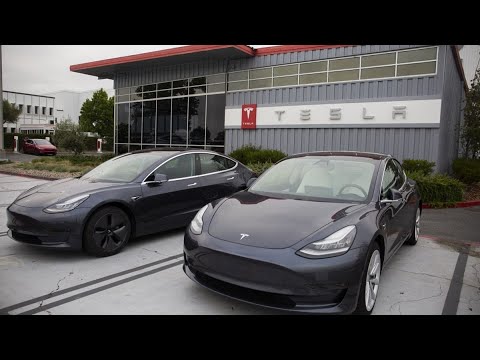 The S&P 500’s cautious approach to including Tesla is understandable. When Berkshire Hathaway got into the index in 2010, there was significant hype. From December 2009 to March 2010, the BRK stock price rose by over 25%, well outperforming the S&P 500’s 5%.

The addition to the index is something I don’t think Warren Buffett was lobbying for, but is certainly something he would have wanted.

S&P 500 inclusion is not something that can be lobbied for or rushed, especially for larger companies.

Investor suggests the stock slump is a result of profit-taking. | Source: Twitter

It’s not entirely clear whether Tesla’s latest slump was due primarily to the listing controversy or the tech-sector correction we saw last week. How the stock trades over the next few weeks could provide more insight.

Disclaimer: The opinions expressed in this article do not necessarily reflect the views of CCN.com and should not be considered investment or trading advice from CCN.com.