Once again, Amazon is first to move in an ever-changing retail landscape. The e-commerce titan is about to slaughter the competition in the all-important holiday shopping season.

This year, the period between Thanksgiving and Christmas is likely to be marred with political, social, and public health disasters. instead of soldiering through it like the rest of its peers, Amazon has decided to change the holiday shopping time period all together by launching an October Prime Day sale. Watch the video: 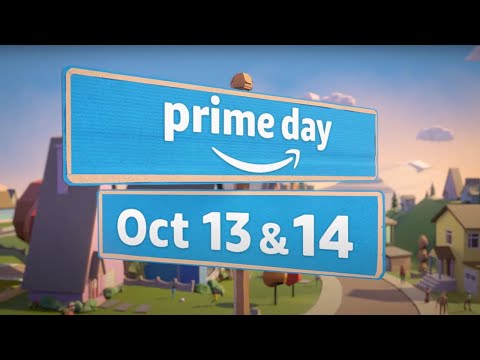 This year, Prime Day was the subject of much discussion after the retailer put the members-only shopping bonanza on hold due to the coronavirus pandemic.

Many speculated that Amazon would hold off on Prime Day sales until next year, as launching them too early would interfere with the holiday shopping season. But Amazon, with all of its clout and confidence, has decided to barge ahead with an October Prime Day, which will likely replace the doomed holiday shopping period.

Although worldwide deaths due to Covid-19 rose beyond 1 million this week, worries about the pandemic are at somewhat of a lull. Most policymakers around the world agree that country-wide shutdowns aren’t viable, but localized restrictions are likely as a second wave of the virus descends during the winter.

Those shutdowns will likely bring with them more job losses, reduced hours, and consumer apprehension that will keep them from spending. Offering them a shopping opportunity in October, while lockdowns and rising case numbers are still a possibility rather than a reality, marks a smart move on Amazon’s part.

Plus, the coronavirus pandemic has made it much harder for companies like Amazon to staff their warehouses. Last year, questions about whether the firm would be able to deliver in time for Christmas arose. This year, with the pandemic in the equation, shipping will be even more challenging.

An undecided presidential election could be disastrous for the holiday shopping season. | Image: REUTERS/Al Drago/File Photo

The pandemic isn’t the biggest risk to consumers, though. Instead, the presidential election could have a much larger impact on whether people are willing to shell out on holiday gifts.

This year, an unprecedented number of mail-in ballots means the results of the election may not be decided until well after election night. Some are predicting that a final decision may not be made until January 2021.

That would have dire consequences for the U.S. stock market, as well as consumer confidence. Two months of bickering between Democrats and Republicans over who will take the White House will likely cause a great deal of social unrest across the country. The uncertainty will likely spook investors and cause another stock market crash.

In a worst-case scenario in which no president has been officially elected in November, we could see protests and demonstrations make it difficult for companies like Amazon to deliver packages on time. Not only that, but it adds to the list of reasons people don’t want to venture out to brick-and-mortar stores.

Once again, Amazon proves that it’s the king of retail. | Source: Yahoo Finance

Amazon’s Prime Day sales are also likely to boost subscriber numbers as people can sign up for free trials or pay a one-time monthly fee to have access to the deals. Amazon’s decision to move first to capture holiday shoppers underscores its powerful influence on the sector and suggests the firm will be a Q4 winner among retail stocks.

Disclaimer: The opinions expressed in this article do not necessarily reflect the views of CCN.com and should not be considered investment or trading advice from CCN.com. Unless otherwise noted, the author has no position in any of the securities mentioned.