As Apple stock fell by 8.01%, the firm’s market capitalization plunged by $180 billion overnight, following other major tech stocks. Despite the historic drop, the same fundamentals that buoyed the firm to $2.29 trillion are intact.

As CCN.com reported, strategists attributed the rapid sell-off of tech stocks to an expected market pullback.

The Apple stock performance over the past month. | Source: Yahoo Finance

Tech stocks, including Apple and Tesla, fell particularly hard because of their large gains since January.

However, heading into the fourth quarter, there are significant fundamental catalysts that could push the firm to new highs.

On September 1, Apple requested its suppliers to manufacture 75 million 5G iPhones. That is a similar number of iPhones the company distributed in 2019.

The stability in iPhone sales was one of the key reasons behind the firm’s strong performance in 2020.

“The improved business environment in China helped Apple achieve growth in the country. In addition, the introduction of the new iPhone SE encouraged users of older phones upgrade their smartphones.”

After a resilient first-half to the year, Apple analysts expect to see newfound interest around the iPhone 12 launch.

The company has already outperformed its competitors in the last two quarters, and it looks ahead to a “supercycle.”

He said Apple’s blockbuster Q2 would follow a new iPhone launch that coincides with a major upgrade season. Millions of iPhones, especially in China, are two to three years old, which could push users to upgrade to newer models.

Ives said in early August that he predicts a 35% Apple stock surge in a bull case scenario based on various catalysts.

The Apple stock slumped, but analysts say a stock market-wide correction was expected. Watch the video below: 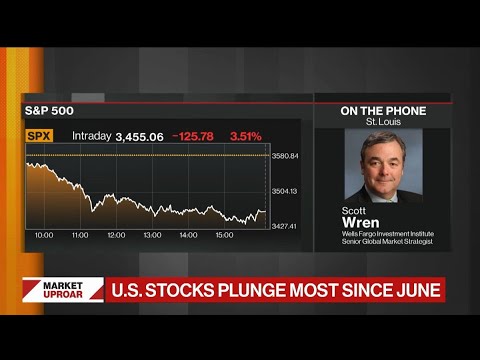 App Store Growth is the Cherry on the Top

The Apple Newsroom disclosed that the App Store ecosystem created 300,000 new jobs in the U.S.

The company said developers are increasingly moving into the Apple app market, adapting to the pandemic.

“We’ve had incredible growth in the last year, and we’ve massively expanded our team to meet demand… The App Store has given us a platform on which we can do both.”

The shifting consumer trend from offline to online has boosted virtually all of Apple’s business lines.

The presence of the company in the wearables market has grown due to the AirPods. The App Store is continuing to see rapid growth, complemented by stable iPad, iPhone, and Macbook sales.

The Apple stock plummeted by 8.01% on a single trading session yesterday, but there are fundamental factors behind the downtrend.

The abundance of catalysts for the stock in Q4 and the profit-taking correction in the U.S. stock market indicates the stock’s downtrend is likely temporary.