Hobbies are important during a pandemic. Unfortunately, Hobby Lobby is officially dead to a large chunk of the population.

People renounced the company in droves on Monday. Let’s take a closer look at this controversial business and five other companies that are equally frustrating.

What’s the Deal With Hobby Lobby?

Hobby Lobby was a top trend on Twitter today. The general online public was out for blood. One of the main reasons is the evangelical company’s controversial health care plan.

Imagine being in a situation where Hobby Lobby was allowed to make your health decisions. | Source: Twitter

In 2014, Hobby Lobby won a Supreme Court case that allowed them to deny their employees access to birth control. Birth control was covered under the Affordable Care Act, but the higher-ups at Hobby Lobby claimed it was against their religious beliefs.

When you throw in an endorsement from Karen Pence, the internet couldn’t handle it.

Karen Pence has many crafting needs, including crafting a husband with a personality. | Source: Twitter

Oh, and then there was the time Hobby Lobby, perhaps inadvertently, funded terrorist groups like ISIS by illegally obtaining artifacts from the Middle East.

But this is all old news. What really sparked this campaign against the crafting giant was this pro-Trump photo allegedly taken in a Hobby Lobby:

Of course, this was found in a Hobby Lobby. | Source: Twitter

If a pro-Trump display is enough to spark your outrage against Hobby Lobby, these five other companies will have you in fits.

5 Companies That You Can Dump in the Hobby Lobby Pile

That’s right, no more Saturday trips to the strip mall where you finish off your yarn spree at Hobby Lobby with a sandwich at Jimmy John’s. This submarine specialist has been pro-Trump since day one.

The company’s owner, Jimmy John Liautaud, has already donated six figures to the Trump re-election campaign. Oh, and he murders elephants for fun.

Thumbs up if Jimmy John’s is the worst. | Source: Twitter

The women’s gym Curves is throwing curveballs. While it may seem like a pro-female establishment, its founder is not pro-women’s choice. Curves founder, and born-again Christian, Gary Heavin has donated to anti-abortion causes.

With Curves as the self-proclaimed “World Leader in Women’s Health,” Heavin donated $1 million to Mitt Romney’s campaign against Obama. Some of Romney’s campaign backed the “global gag rule” against women even discussing abortion as an option. He also supported the Blunt Amendment, which Hobby Lobby used to deny its employee’s birth control.

This may come as a shocker to lovers of good vibes everywhere. But Coachella Music Festival is owned by sports and media conglomerate AEG. The “A” in AEG stands for Anschutz, as in Phil Anschutz,  “the World’s Most Reclusive Billionaire.”

Anschutz came under fire in 2017 for donating to ‘Anti-LGBTQ’ causes such as the Alliance Defending Freedom, the National Christian Foundation, and the Family Research Council.

While he’s denied any animosity towards the LGBTQ community, Anschutz has also donated to conservative causes.

This is far less shocking than the Coachella revelation. Shell Oil is known for its support of Donald Trump.

So much so that it hosted a Trump rally and threatened to cut employees’ pay if they didn’t attend, as seen in the video below: 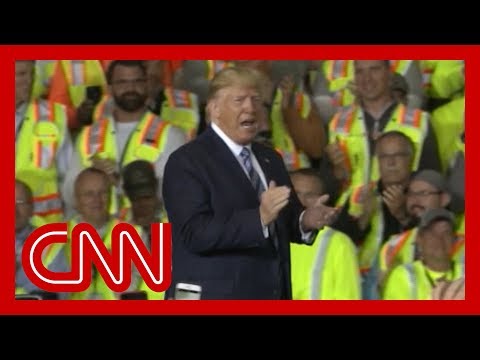 As you might’ve guessed, Shell Oil isn’t the only Trump-supporting oil company. Just to name a few, Chevron, BP, Citgo, and Exxon have also lobbied for Trump.

What is it about people who own gyms?

Stephen Ross, chairman and founder of Related Companies, which owns Equinox Fitness club and Soul Cycle, is a known Trump-supporter.

Who needs to spend over $200 a month for a membership at Equinox anyway?

Disclaimer: The opinions in this article do not necessarily reflect the views of CCN.com.