The Dow Jones shot higher to start the week in blistering fashion. The prospect of a fast-track for coronavirus treatments and vaccines helped buoy risk appetite.

And while some analysts say the election’s impact on the stock market is overblown, others suggest Wall Street may secretly be cheering an apparent resurgence in Trump’s chances in November.

All three of the major U.S. stock market indices raced toward solid gains on Monday.

Without any top-shelf economic data to fret over today, Wall Street seized on positive news in the fight against COVID-19. The biggest headline was that the Trump administration has floated the idea of fast-tracking the U.K.’s coronavirus vaccine in time for the election.

While this plan raises a myriad of feasibility issues, this bull market has a tendency to act first and think later when encountering optimistic news about coronavirus drug development.

Massive rallies in airline and travel stocks appeared to confirm the speculation that the global economy is set to be back up and running sooner rather than later.

Joshua Mahony, senior market analyst at IG, believes that today’s rally in the Dow is primarily related to vaccine hopes. He says there’s something else at play too: Donald Trump’s brightening reelection odds in a post-vaccine political environment.

While a growing number of analysts dispute that Trump is substantially better for stocks than Joe Biden, Mahony disagrees. In a comment shared with CCN.com, he alleged markets are “fearful of what a Biden presidency could bring”:

With the US election looming large for Donald Trump, we are likely to continue seeing a proactive approach from the president as he seeks to expedite the provision of treatments and vaccines in a bid to overcome this virus before the polls open in November.

This move to push through a treatment could play a crucial role in helping to bring down the casualty rate in the US, with that coronavirus response intrinsically linked to the upcoming election.

With markets seemingly fearful of what a Biden presidency could bring, the gains we are seeing today are partially a response to the possibility of a second term for Trump.

Biden certainly did little to sweet-talk Wall Street over the weekend, stating in an ABC News interview that he wouldn’t raise taxes for “anyone making under $400,000 a year.”

Watch a clip of the interview below: 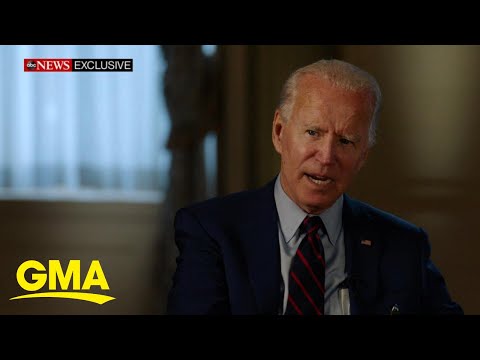 Traders who revel in Trump’s deregulatory attitude won’t like the sound of that at all. A potential capital gains hike is likely the biggest worry.

The Dow 30 was a green sea to start the week, with heavily weighted Boeing stock leading the way.

A 6% rally in BA coincided with even more dramatic moves from its partner airlines as positive U.S. travel stats mixed with the vaccine optimism.

Air traffic continues to pick up, though it remains depressed. | Source: Niraj Chokski via Twitter

Only a handful of Dow Jones stocks stumbled into the red, but those losses had an outsized influence. UnitedHealth, the second most heavily weighted stock in the index, was the DJIA’s weakest performer. UNH shares fell 2.1%.